Planting flowering bulbs is a great way to make sure your garden comes to life in early spring. It’s pretty easy to do, and bulbs can keep flowering every spring for years to come. There’s lots of different bulbs to plant, but here are three of our favorite at MasterPlan Landscape Design & Installation:

Bright sunny yellow daffodils are a wonderful sign that spring has sprung! Plant the bulbs in the fall and they will bloom in late winter or early spring. Daffodils are hardy and easy to grow, and they resist most rodents.
The beautiful flowers have inspired poets, including William Wordsworth, who wrote in his poem, “Daffodils”:
“…And then my heart with pleasure fills,
And dances with the daffodils.”

Petite snow drops with white flowers are among the earliest bloomers in the yard. They can bloom as early as February, and can even push up through the snow before it melts. Most pests, including rabbits, deer, chipmunks and mice, will leave them alone.
Like all most of us, poets are eager to greet spring after cold, dark winters, and have often celebrated Snowdrops. William Wordsworth called them the “venturous harbinger of Spring,” and Alfred Lord Tennyson dubbed them “February fair-maids.”

Hyacinths are highly fragrant, bell-shaped flowers that come in shades of white, peach, orange, salmon, yellow, pink, red, purple, lavender and blue. They appear early in early spring. Some sensitive people are allergic to the bulbs, so it’s recommended to wear gloves when handling them, just in case.
An ancient Greek legend describes the origin of the Hyacinth: Two of the gods, Apollo and Zephyr, adored a handsome young Greek called Hyakinthos. As Apollo taught Hyakinthos how to throw a discus, Zephyr, the god of the west wind, became overwhelmed with jealousy and blew the discus back. It struck Hyakinthos on the head and killed him. From his blood grew a flower, which the sun god Apollo named after him. It is said Apollo cried, and his tears stained the flower’s petals. 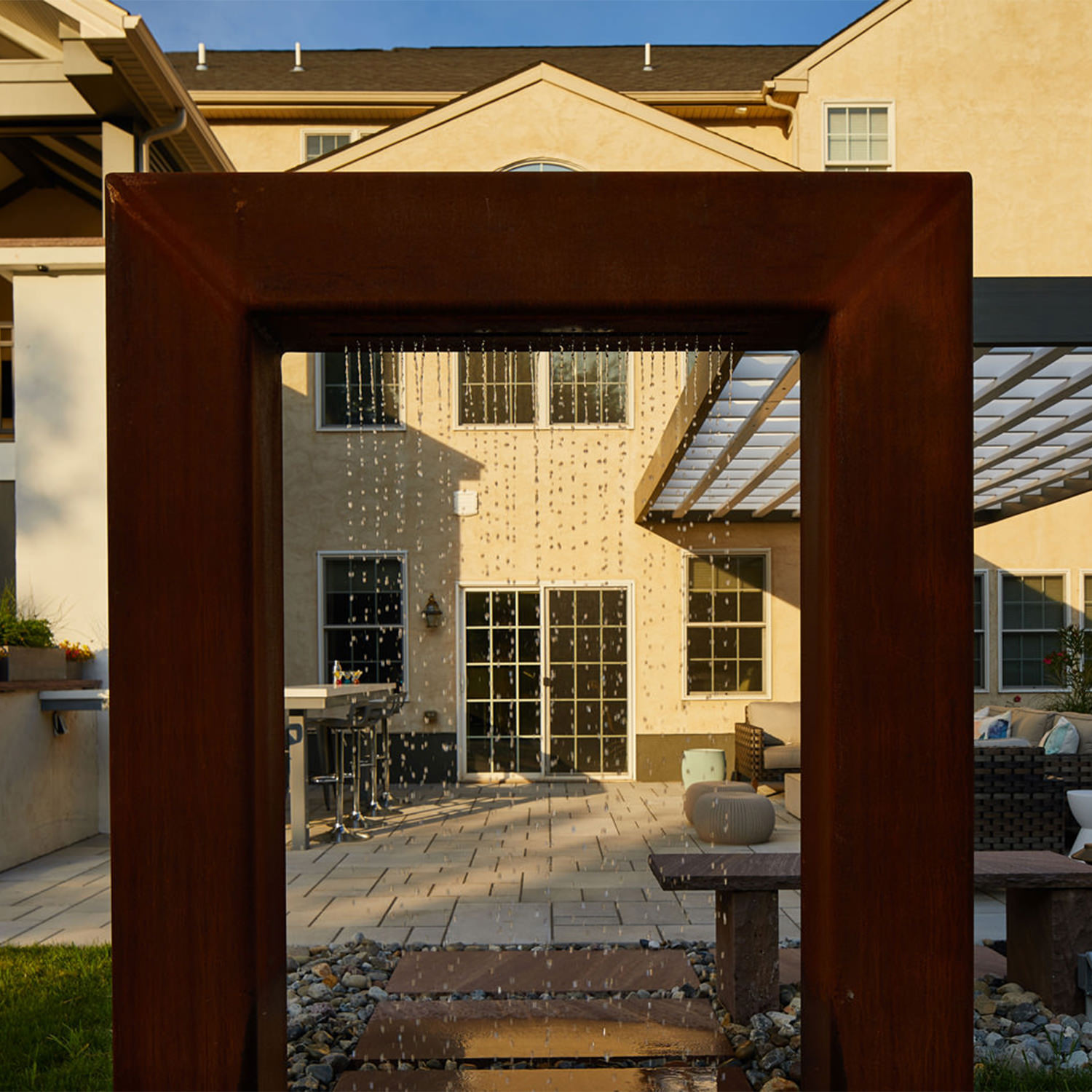 Perfect placement is everything, especially when it comes to focal points when viewed from inside the home! 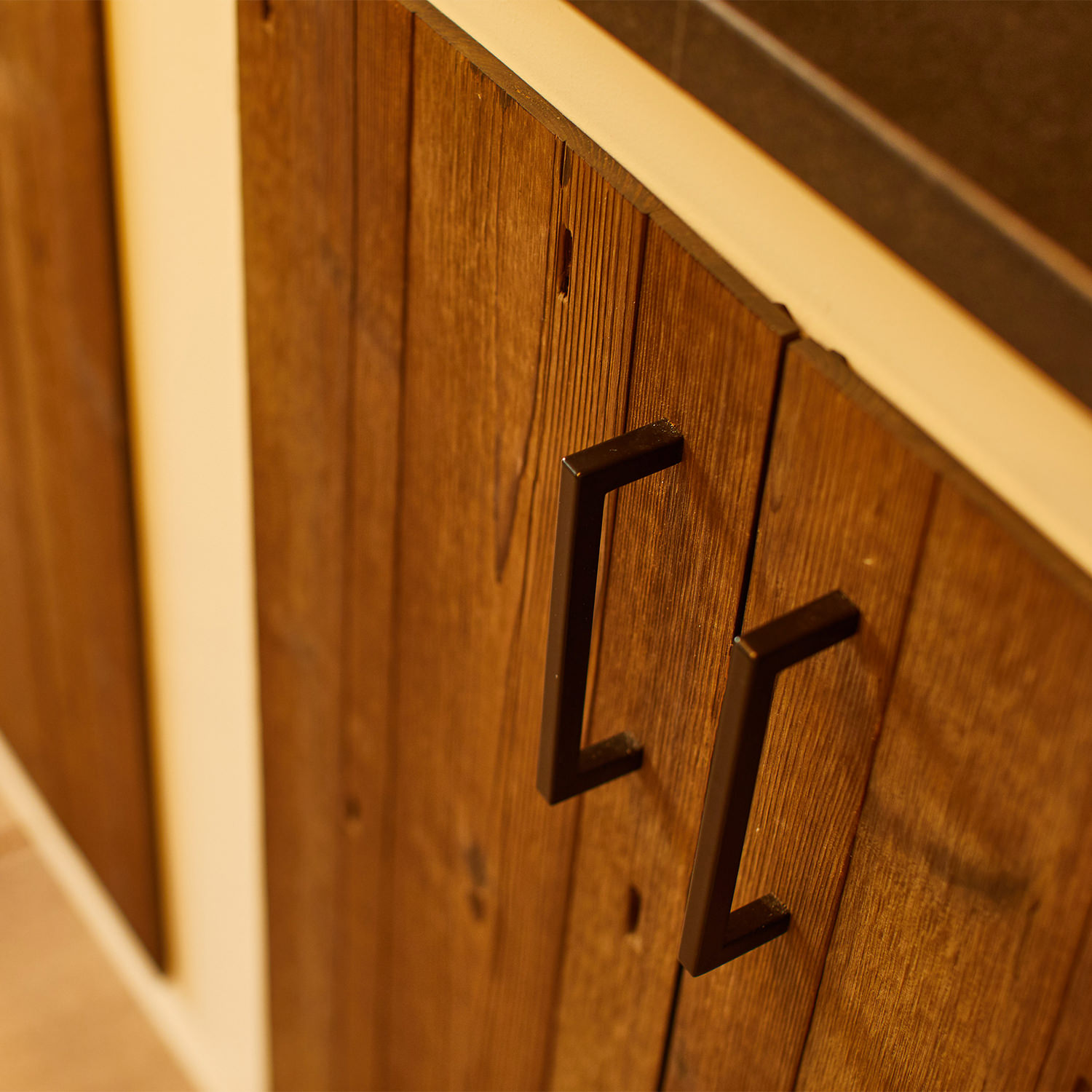 Carefully crafted outdoor living spaces take all elements of a design into consideration, down to the details of every cabinet handle! 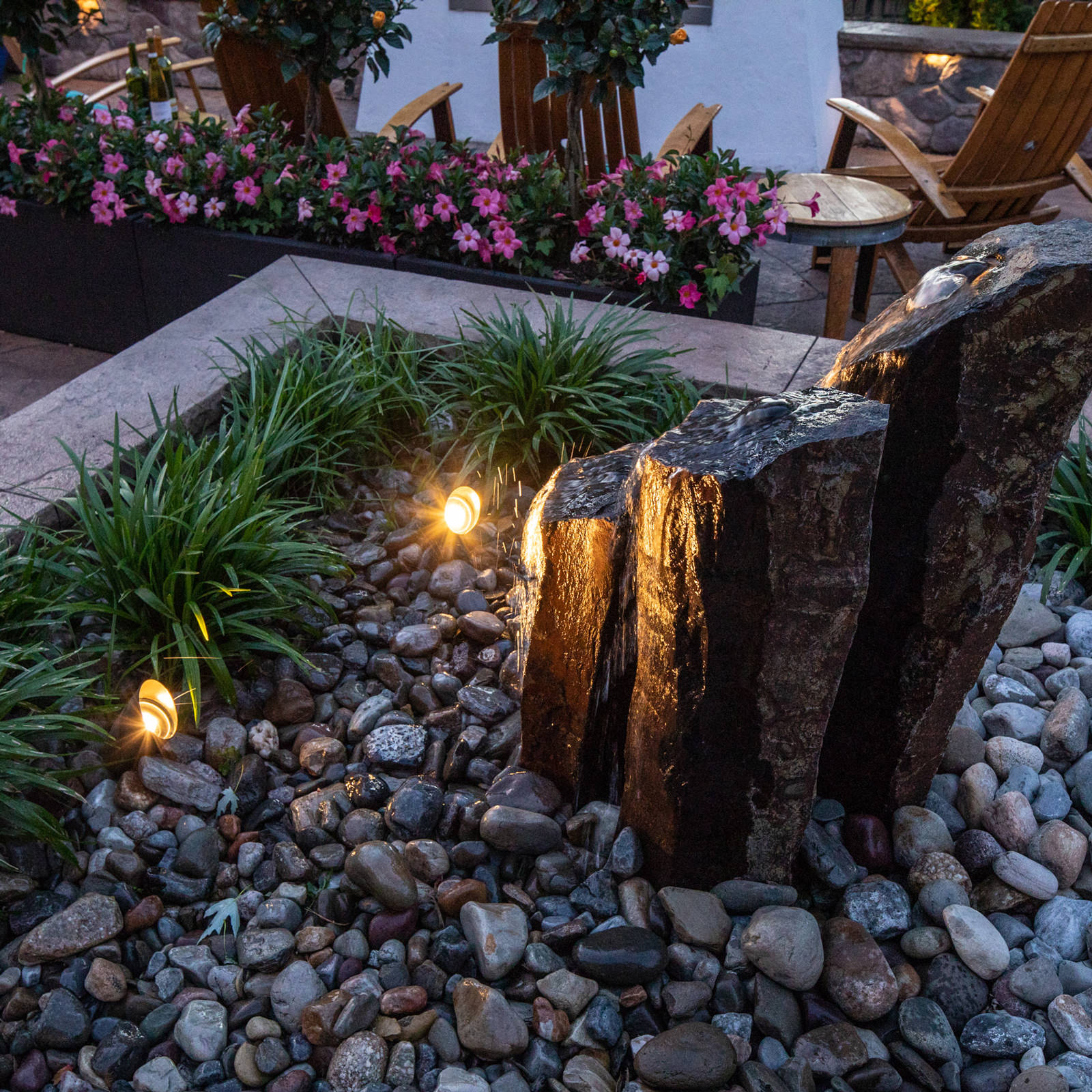 Beautiful within the landscape and soothing to the soul, natural basalt stone spires make the perfect water feature to accent any outdoor living space! 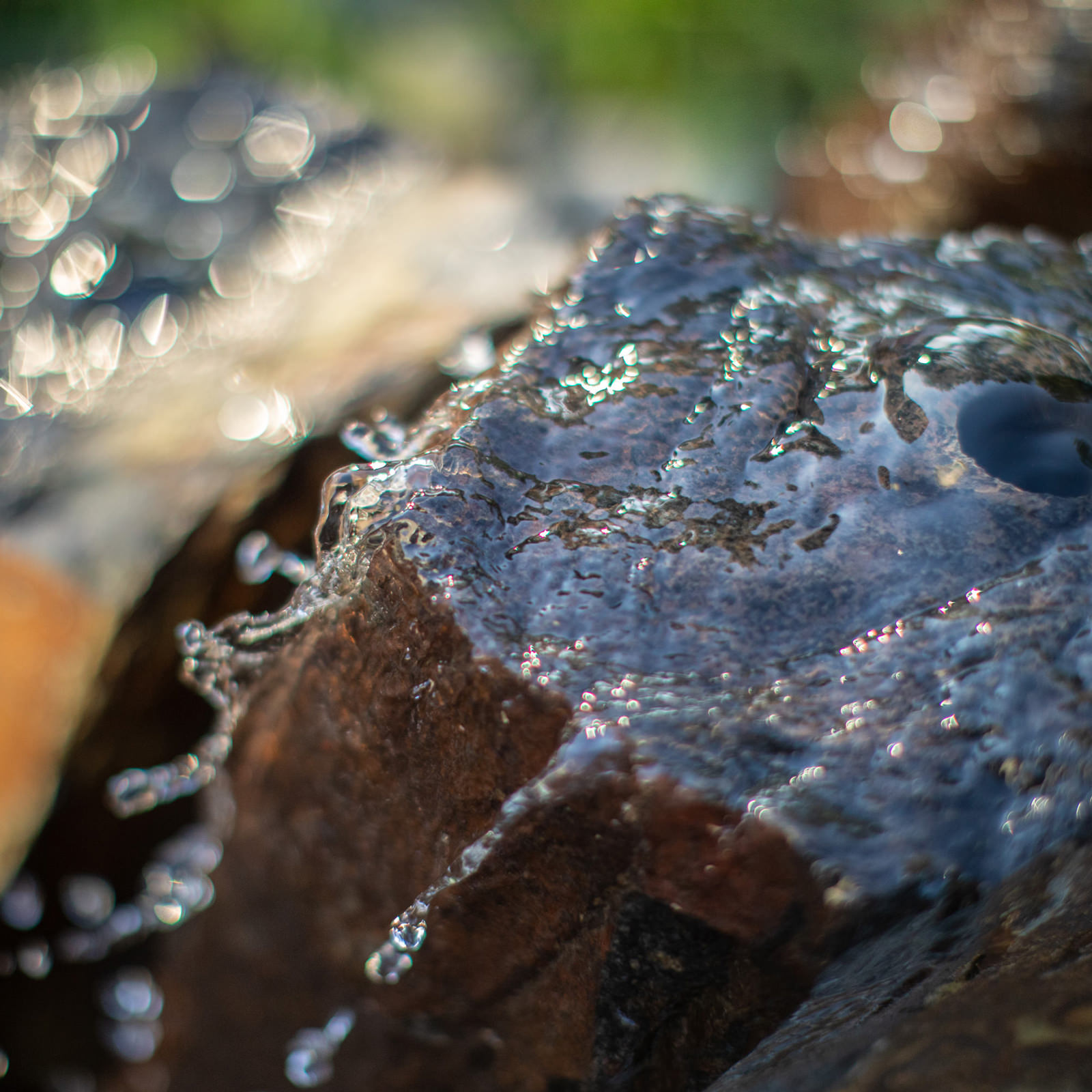 Sit back, relax and enjoy the calming sounds of your backyard oasis! 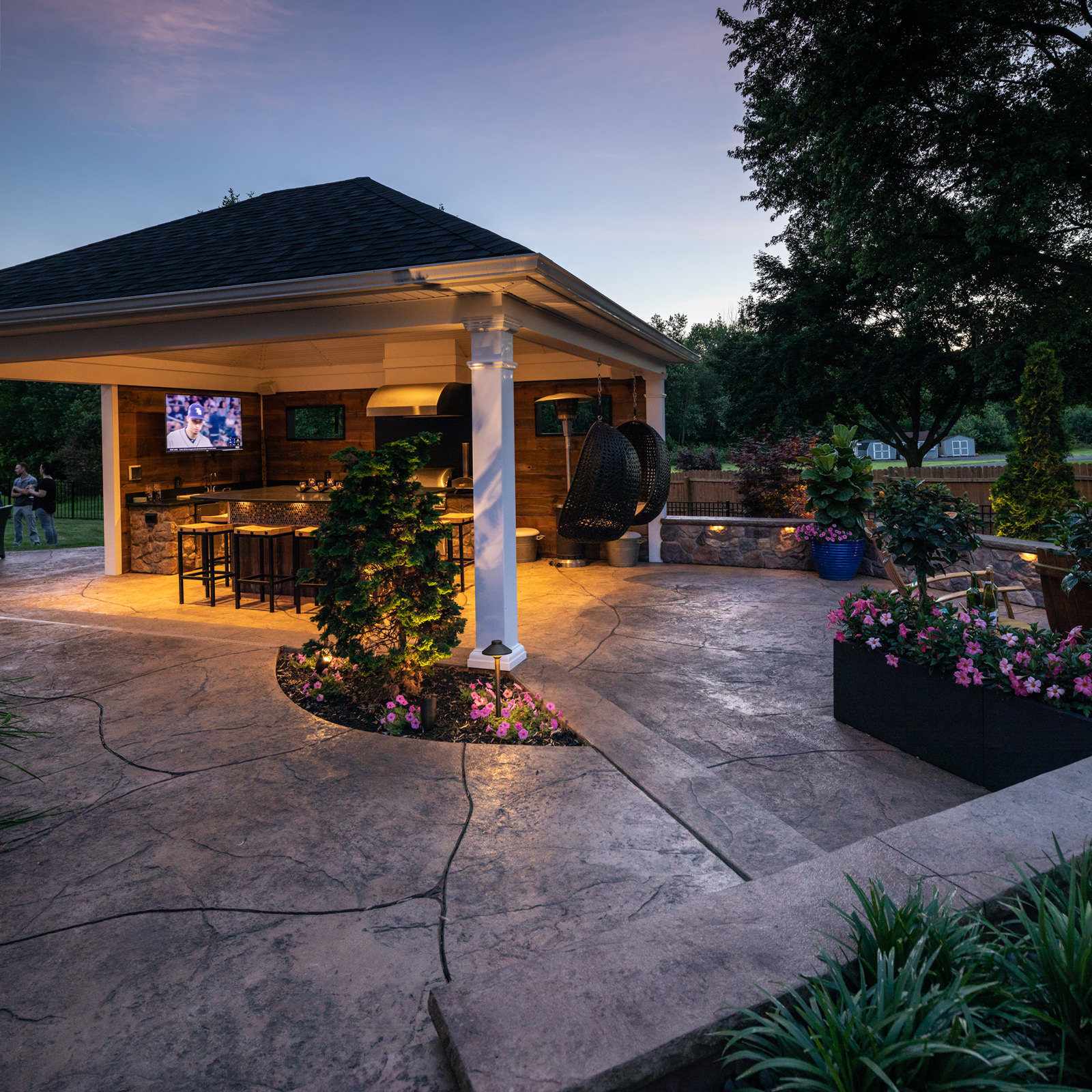 This pavilion protects the outdoor kitchen and allows the party to keep going at night, even in surprise weather!

No need for a shed, this under deck area is ample enough to store furniture and lawn equipment! 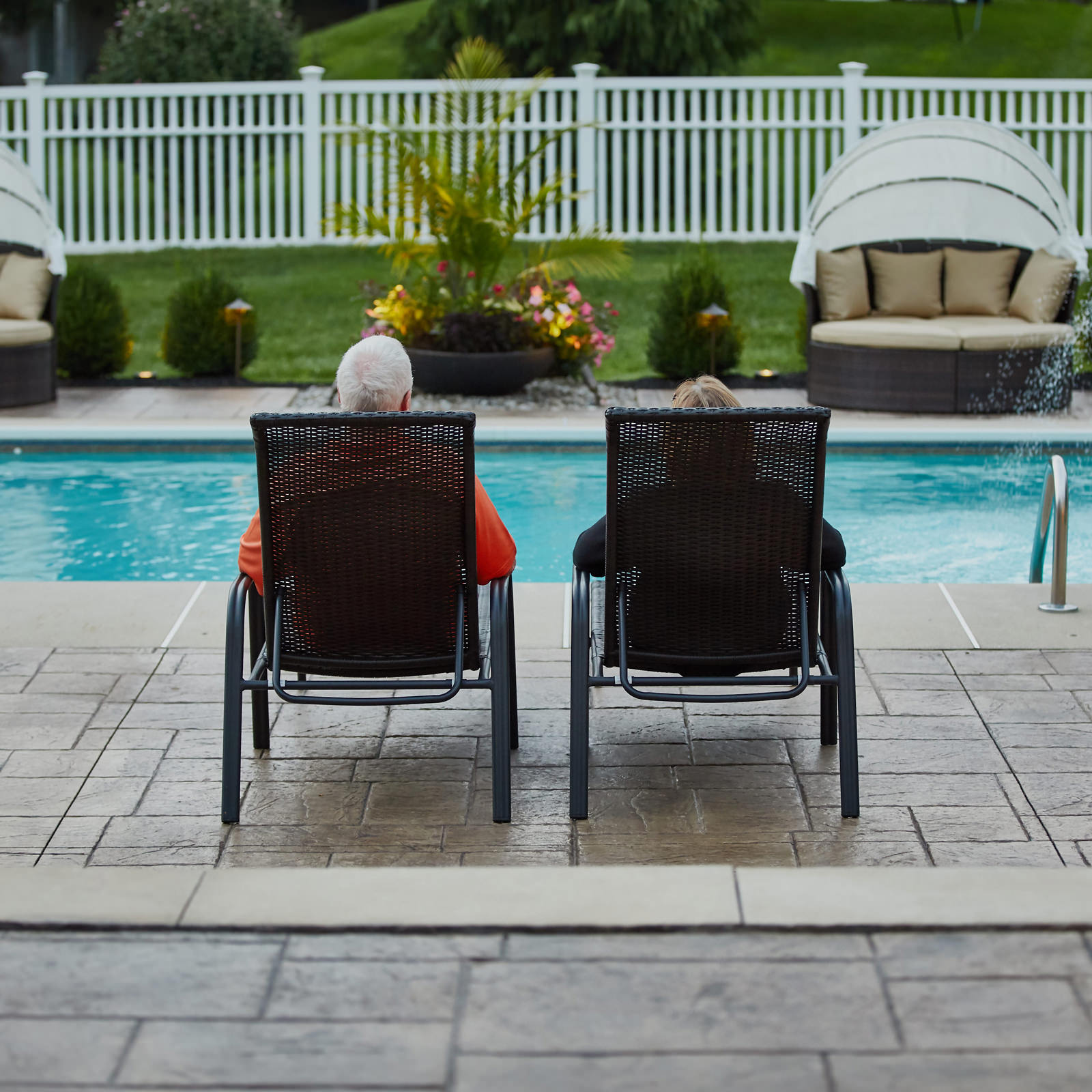 This lovely couple from Bethlehem feel like they are on vacation everyday in their own MasterPLAN created backyard! 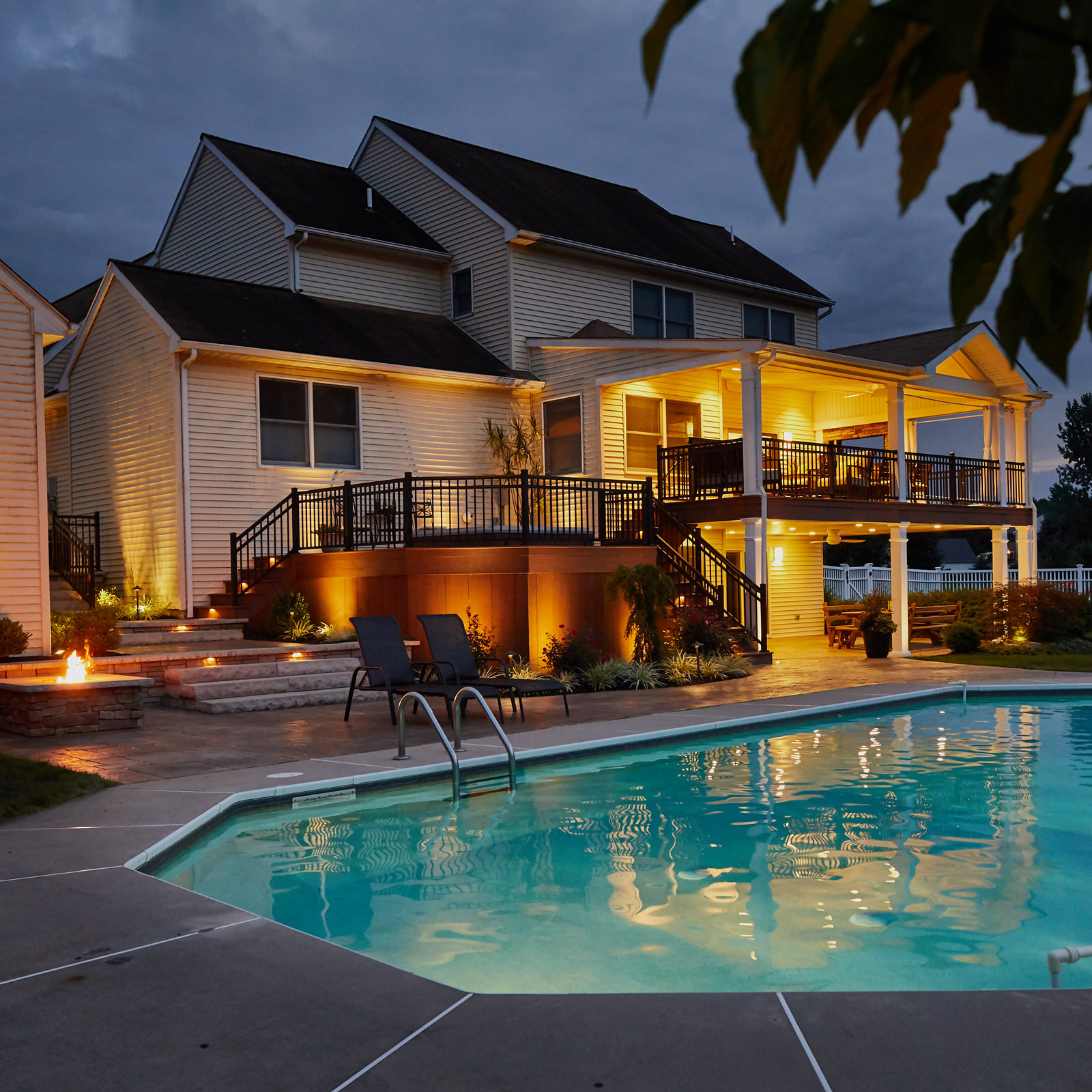 When the sun sinks low, MasterPLAN projects come to life! 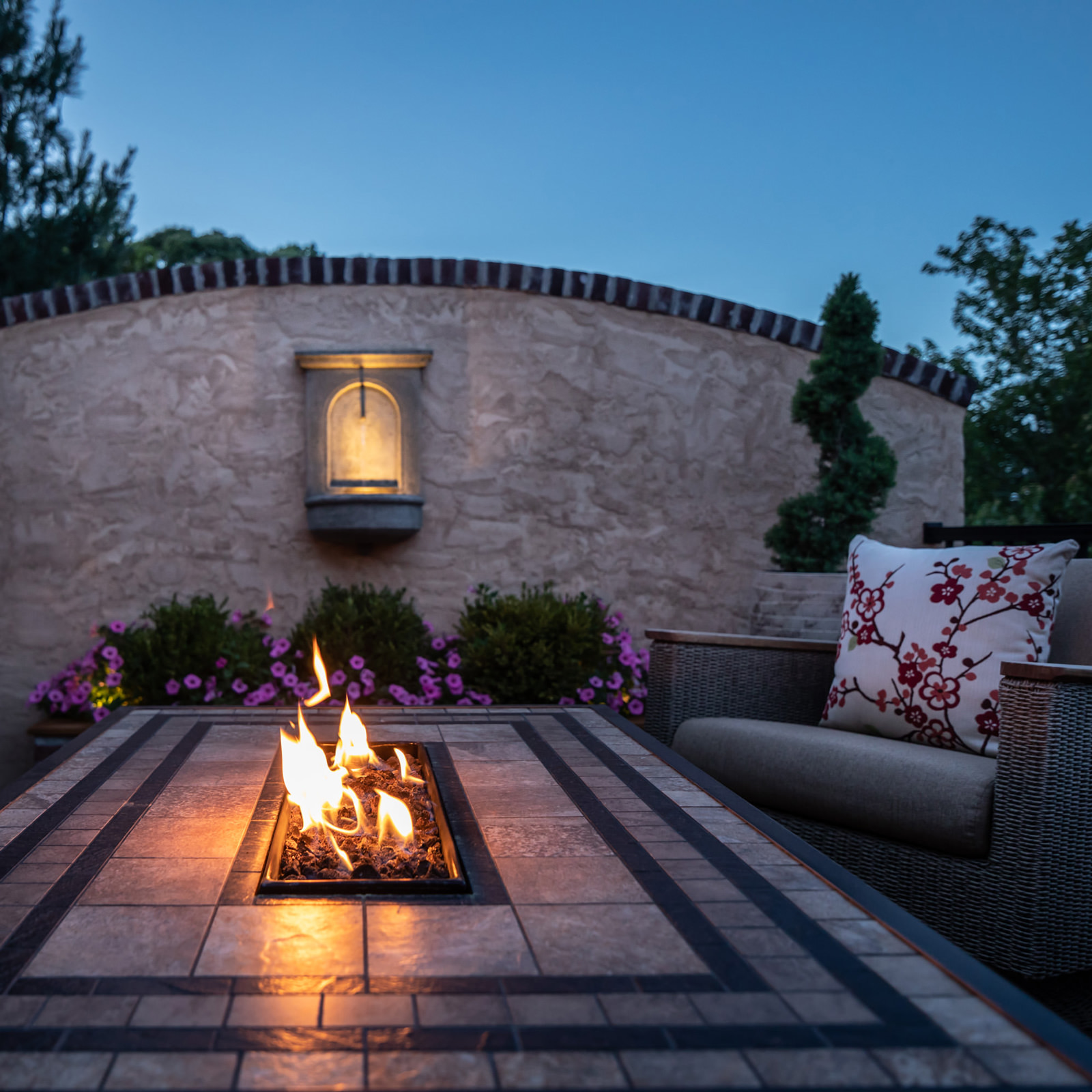 Brick and stucco bring cohesion to this backyard tuscan-inspired feature wall, as these are the materials used in the front of the home! 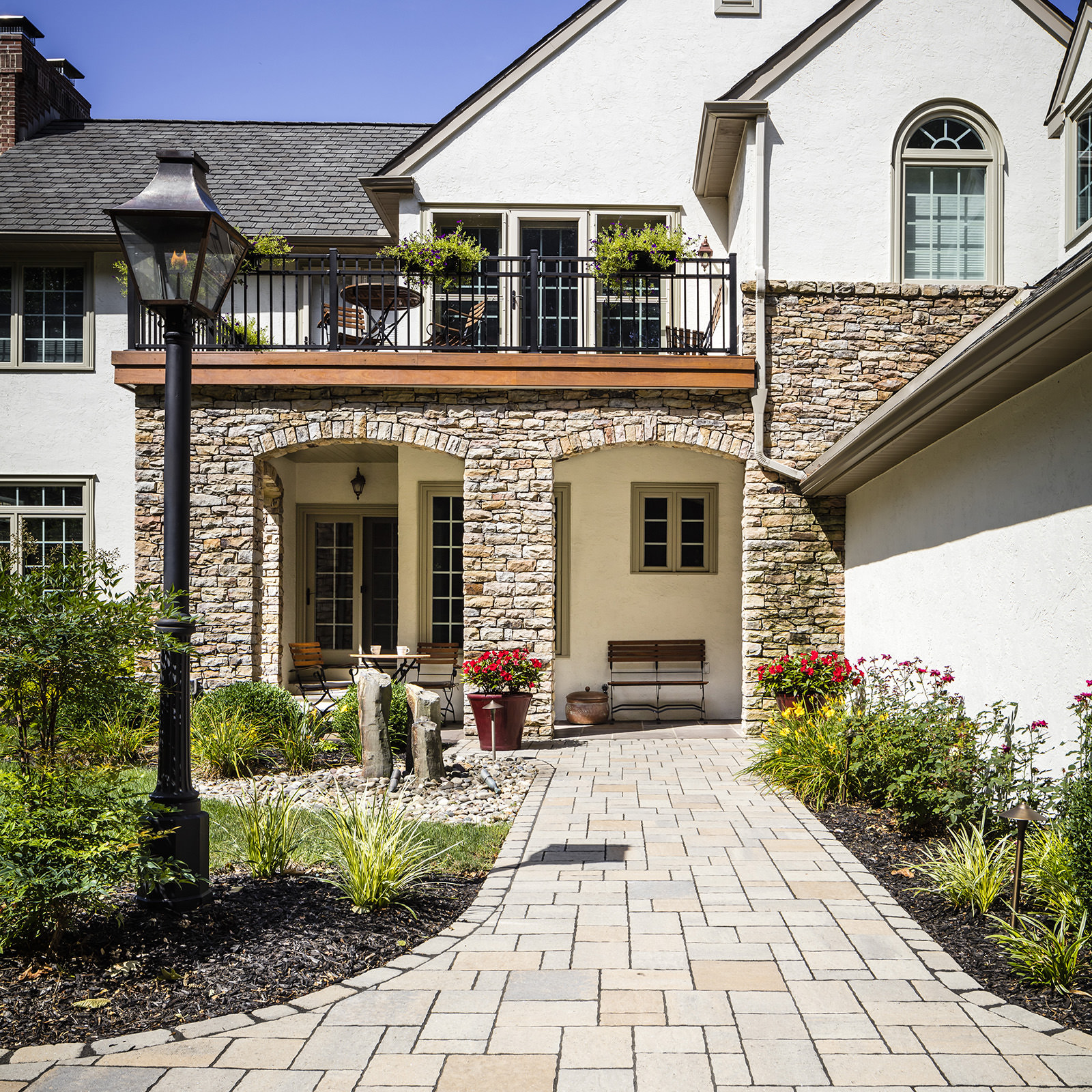 Stone, metal and wood beautifully enhance the look of this Center Valley home. Learn more about this MasterPLAN project…